The latest worldwide standard is 5G, which stands for fifth-generation networks. 5G, like its predecessors 1G, 2G, 3G, and 4G, provides a totally new network spectrum, guaranteeing that it can link everyone and bring all devices and machines together.

The 5G technology is mainly designed to provide multi-gigabit per second data speeds, as well as ultra-low latency, dependability, and enormous network capabilities.

How does 5G work?

All four prior generations of mobile networks relied on hundreds-of-feet-tall macro cell towers to carry data across great distances.

5G operates in a unique way. To enhance capacity, this updated mobile network employs a mix of frequencies from various bands.

5G will utilize a huge number of considerably smaller microcells for new millimeter-wave spectrum bands in addition to conventional macro cell towers to provide a blanket of ultrahigh-speed network coverage. 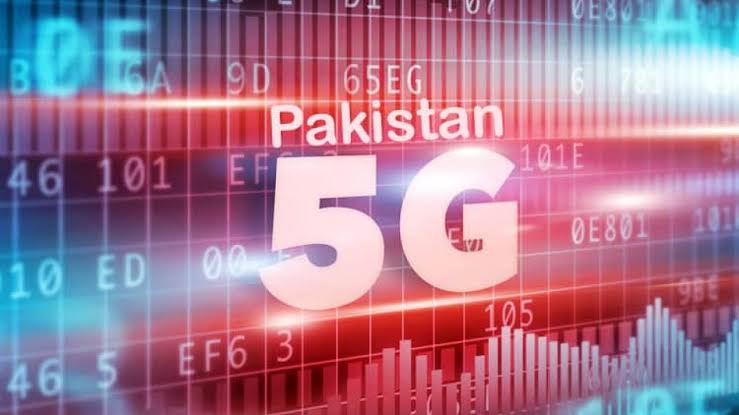 The 5G upgrade is primarily about speed for many end-users. New networks will be up to 100 times faster than their predecessors, with projected 5G speeds of up to 10 Gbps.1

The main advantages of 5G for industrial, agricultural, and commercial use cases are its high capacity and low latency.

With up to 5 times the bandwidth of 4G2, 5G will enable new production and distribution techniques. 5G may also cut network latency in half, according to early tests 3.

Nearly every sector will be affected by 5G’s revolutionary potential. The healthcare, agricultural, retail, transportation, logistics, and manufacturing sectors, among others, have already found compelling 5G use cases.

The confluence of 5G, AI, and the intelligent edge will transform the manufacturing floor in ways that haven’t been seen since Henry Ford first introduced the assembly line, IoT and edge computing will enhance supply chain, inventory management, and quality assurance operations, resulting in more automation and lower unit costs.

Modern brick-and-mortar companies are struggling to retain customers due to the rise of online purchasing. 5G will enable future stores to provide new Omnichannel customer experiences.

Is there just one?

Retail cash registers are being phased out. Using AI-enabled cameras with low latency, retailers may provide automated checkout that is as simple as walking out with your full basket.

5G opens up new therapy options for doctors and patients. Consider a smart implanted defibrillator that automatically and safely restarts a stopped heart while alerting the patient’s physician.

The Ministry of Information Technology and Telecom wants to bring out 5G in 2023, as the telecom industry’s market size has risen to $16.9 billion after receiving $1.2 billion in foreign direct investments in the past three years.

The goal has also been welcomed by international investors, according to the government.

The ministry highlighted in a recent presentation on the sector’s performance to Prime Minister Imran Khan that projects have been launched for “deep fabrication” by the Universal Service Fund (USF) to expand telecom services and internet even in remote and backward areas in order to meet future digitization requirements across the country and the launch of future technological needs such as 5G.

#5G – @MoitOfficial have launched projects for “deep fiberisation" to meet the future requirements of digitisation across Pakistan.

Upcoming spectrum auction for AJ&K and GB for next generation #mobile services, will help improve the telecom & #broadband services in these areas. pic.twitter.com/CioFX6RbIF

Over 10,000 kilometers of optical fiber cable will be installed throughout the nation between 2018 and 22 to provide high-speed internet to 1,175 municipalities and union councils. According to the government, USF projects have covered approximately 1,800 kilometers of unimproved road networks in Baluchistan, including roads and motorways.

Minister for IT and Telecom Syed Amin ul Haq said the government was betting heavily on growing IT service exports to $5 billion by the end of 2022-23 while remarking on the project’s significance.

“We will provide cheap and high-speed internet to people in tiny villages, and I am certain that even ladies from KP and GB would succeed as freelancers while working from home,” the minister added.

According to the study, the USF has played a significant role in the building of telecom infrastructure for future digital growth by contracting out 43 projects worth Rs29 billion in unserved and underserved regions. Over 65 districts in Southern Balochistan, the ex-FATA, and interior Sindh served a population of more than 25 million people.

According to the government, the forthcoming spectrum auction for next-generation mobile services in AJ&K and GB would assist enhance telecom and internet services in these regions.

The Pakistan Software Export Board (PSEB) has started initiatives in these cities and towns to create IT development hubs as connectivity is extended to secondary and tertiary towns and rural regions, according to the study.

While eight software technology parks have already been established, the PSEB plans to establish 32 more in secondary and tertiary cities through a public-private partnership, which will aid in the development of the software development industry as well as the creation of white-collar jobs for inclusive growth.

It has been reported that the Pakistan Stock Exchange has listed 40 IT firms.

According to the ministry, various policy measures have been made to address the difficulties and needs associated with the development of IT and telecom, including the adoption of Pakistan’s first-ever Cyber Security Policy.

The National Telecom Corporation (NTC) has also been converted into a successful business, with a profit of Rs504 million in the next year and Rs423 million in 2020-21, according to the study.

The NTC was also protecting over 450 government websites from cyber assaults and hacking via its services.

The Ignite National Technology Fund, which is a torchbearer for technology innovation and entrepreneurship in Pakistan, and the National IT Board, which is responsible for executing e-governance programmers for the federal government to achieve the target of paperless working in government offices, are two other key entities under the IT ministry.

Let’s do the FIRST DIGITAL HANDSHAKE with URBAN ARTS  !!!